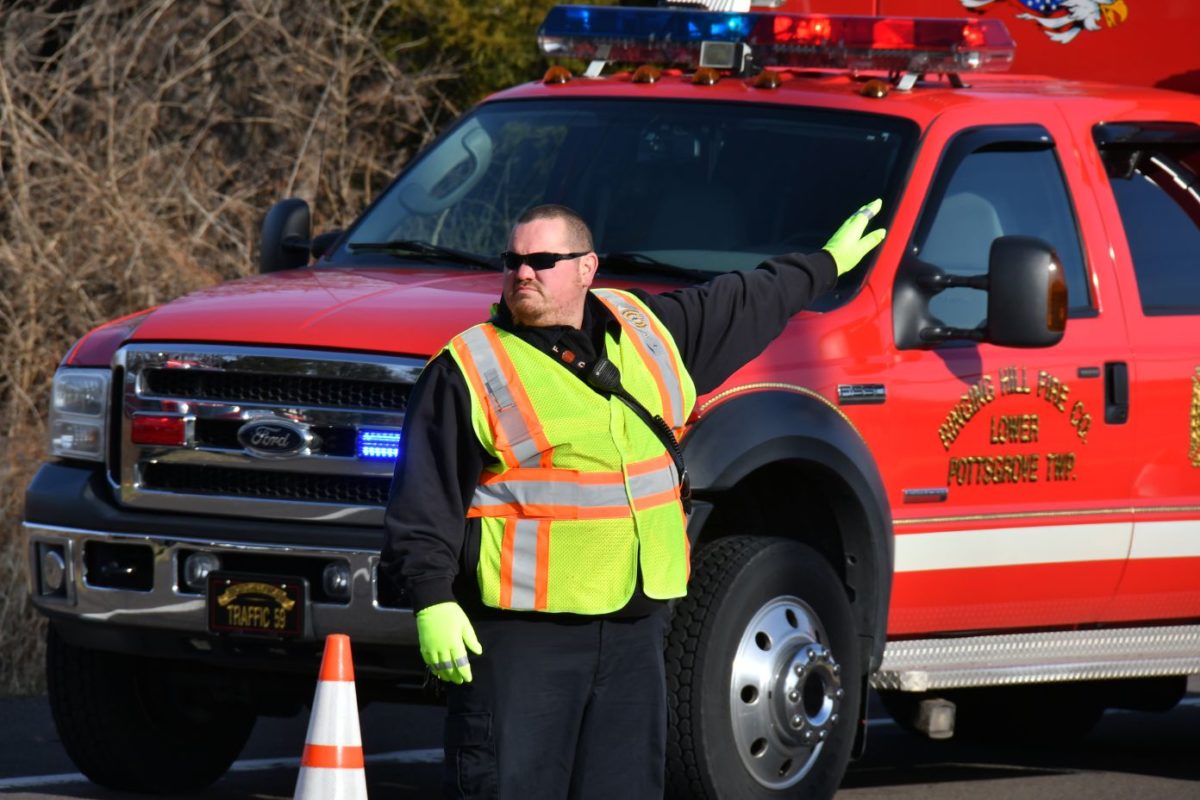 Volunteers do not have to fight fires to volunteer at Ringing Hill Fire Company. The non-firefighting roles as auxiliary members and fire police officers are just as vital to serve the community and help the fire company run smoothly.

Fire Police Lieutenant Marc Zohe and Secretary Kim Lightcap both feel rewarded in their roles and enjoy helping the community.

“I love helping people and knowing that I’m making the scenes safe for first responders,” said Zohe. He assists the police in controlling traffic at fire calls and motor-vehicle accidents as well as directing crowds during community events. 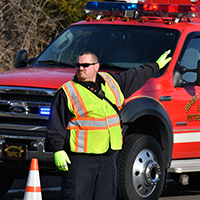 Zohe began volunteering as a firefighter for Boyertown Friendship Hook and Ladder Company, and after moving, switched to Phillies Fire Company in Pottstown. After moving again, he joined Ringing Hill Fire Company and has volunteered for 14 years now, nine of them with Ringing Hill.

“They always say God has your life planned out and I feel that is true,” said Zohe. “Even though I started my firefighting career in Boyertown, I am now at Ringing Hill where I have found family members and have had a large part in the growth of the company over the years.”

Zohe began volunteering as a firefighter and became Pro-Board Certified in 2010; however, shortly after, he injured his back.

“Due to health restraints from my back injury, I realized that it would be in the best interest of mine and others safety to transfer to fire police because it’s not as physically requiring,” said Zohe.

Once he switched to fire police, he attended classes on how to control traffic and close roads, which helps protect his fellow firefighters and victims as they are rescued from dangerous situations. Every call is rewarding to Zohe whether he served as a firefighter or fire police lieutenant – he is happy to protect his community of Lower Pottsgrove Township.

In addition to helping his neighbors, a large reason Zohe joined was to make friendships. “At Ringing Hill we are like one big family. We can get on each other’s nerves and play tricks on each other but in the end, we always have each other’s backs,” said Zohe.

And now, he even works with his family. He met his wife, Michelle Zohe, at Boyertown Friendship Hook and Ladder, although Michelle will say she remembers him from high school. Michelle volunteers at Ringing Hill Fire Company as an auxiliary member, and they have been married for 7 years.

Like Zohe, Lightcap also volunteers with her spouse, a main reason why she joined Ringing Hill Fire Company. She married Bud Lightcap, who currently serves as the Chief at Ringing Hill, 30 years ago and began volunteering shortly after. Her oldest son, Jake Lightcap, is the Chief at North End Fire Company and still volunteers for Ringing Hill occasionally. He also served as an Assistant Chief under his dad, Bud. Lightcap’s youngest son, Brian, volunteers on the auxiliary side and assists at community events, and her grandson may follow when he is old enough.

Lightcap has worked in many volunteer positions over the past 29 years. She originally joined as a Ladies Auxiliary member, which has since been disbanded and is now an Auxiliary for both men and women. 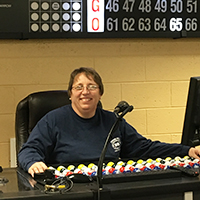 Currently serving on Ringing Hill’s Board as Secretary, Lightcap is in charge of writing the meeting minutes and any letters that need to be sent. She also helps organize fundraisers such as Designer Handbag Bingo, Grocery Bingo, monthly Auxiliary Bingo, the Santa Run, the Easter Egg Candy Sale and other events that bring the community together.

“The Easter eggs are my favorite fundraiser even though it’s a lot of work,” said Lightcap.

Auxiliary members make peanut butter and coconut eggs that are covered in milk or dark chocolate. After mixing the ingredients and rolling the eggs, they must be dipped in chocolate and boxed up once the chocolate is dried. This process is repeated for five weeks. “We basically live at the fire house,” Kim laughed. “But we have a great time talking and catching up.”

A lot of firefighters and fire police also help on the auxiliary side by making eggs and staffing bingo events. However, they are dedicating a lot of time to respond to calls and staff events, which are why more auxiliary volunteers are needed.

“There are not enough volunteers to staff all of the events properly and more auxiliary volunteers would be helpful,” said Lightcap.

Bingo and other fundraisers are very public facing, and in addition to interacting with the community, volunteers form lifelong friendships at Ringing Hill Fire Company.

“You gain friendships big time,” said Lightcap. “You get to meet a lot of different people at the fire company and it really is a family atmosphere. They are another family outside of your real family.”

The friendly and welcoming atmosphere at Ringing Hill is one reason why Lightcap and Zohe dedicate so much time to volunteering. During the day, they both work full-time jobs; Lightcap as a Title Clerk at a Patriot Dealership and Zohe as an A.M. Foreman for United Site Services. In their free time, they can both be found at the fire house surrounded by family and friends.

“There is something for everyone here no matter what your skills are,” said Derek Dry, Assistant Chief, and Recruitment and Retention Committee Chair. “You will become an essential part of our team as a volunteer firefighter, junior firefighter, fire police or auxiliary member.”