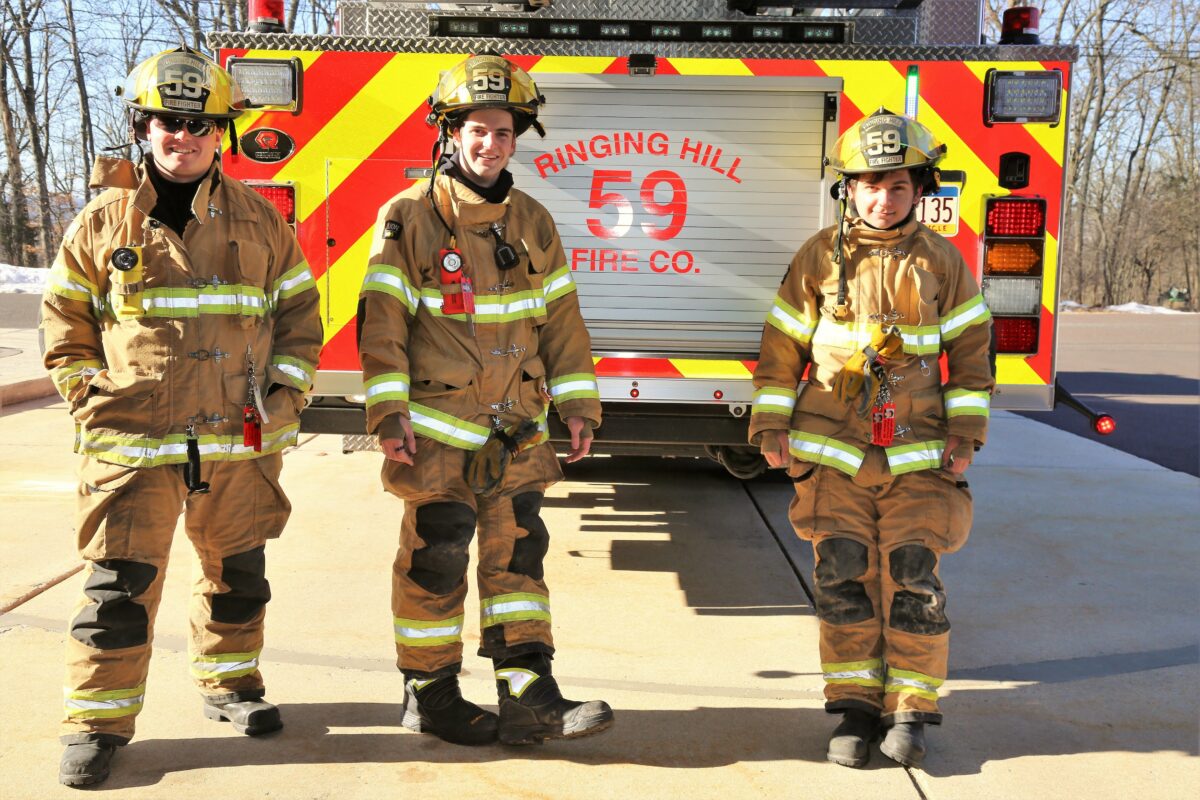 It’s been a little more than a year since Ringing Hill Fire Company launched its volunteer recruitment and retention campaign and the fire company is exceeding all its goals to bring in new members.

Before the campaign began, they had a total of 29 members. Their goal was to obtain five new members per year from 2019-2022. For the first year of the campaign, Ringing Hill brought on 27 new volunteers, and received a total of 50 volunteer inquiries – and that’s only year one.

“We gained members that we probably would not have without the campaign,” said Chief Bud Lightcap. “We are able to get trucks out with a crew during daytime hours, which we were not able to do on a consistent basis before.”

The campaign kicked off with the launch of a new website JoinRingingHill.org, which encouraged volunteers to “Reach New Heights at the Hill,” encompassing all the opportunities that volunteers can gain at Ringing Hill Fire Company, or as volunteers call it, “The Hill.” All materials lead back to the recruitment website and in the first year, the campaign raised awareness through media coverage, videos, social media, a recruitment brochure, lawn signs and an outdoor booth display for community events.

The four-year campaign is no cost taxpayers and is funded entirely through the Staffing for Adequate Fire & Emergency Response (SAFER) grant by the Federal Emergency Management Agency (FEMA).

In addition to the recruitment portion of the SAFER grant, there is the retention portion, which allowed the start of the Volunteer Shift Program. This program has resulted in better daytime response times for emergency calls, and the grant has strengthened Ringing Hill Fire Company’s relationship with its sister company Sanatoga Fire Company.

“We have hosted joint trainings and have had altogether better communication,” he added. “It makes me feel much better as an Incident Commander to know that I have a staffed truck with three firefighters coming to help during the day when manpower is difficult to find.” 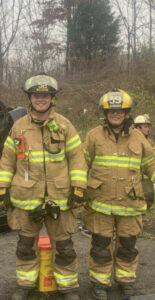 New volunteer firefighter Jen Hinkley joined Ringing Hill Fire Company in September 2020. After moving to the area and living there for a year, she decided to join and says she wished she joined sooner than she did.

“I saw advertisements and they grabbed my attention,” said Hinkley. “This is something I wanted to do a long time ago and I’m glad to start with the best group of people I can count on.”

Although she’s only been there a few months, she says it feels like longer because of the supportive atmosphere. Since joining, she’s learned new firefighting skills from the knowledgeable team at Ringing Hill Fire Company. “I love every moment of training and getting to know everyone,” said Hinkley. “I will be starting Fire Academy soon and looking forward to great trainings and building relationships.” 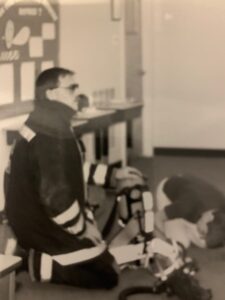 Joe Oberholtzer, 25 years ago at his son’s school, during a Fire Prevention demonstration.

While this is Hinkley’s first volunteer firefighting experience, some of the new members are active with other fire stations. Volunteer firefighter Joe Oberholtzer has been volunteering at Ringing Hill Fire Company for about a year. He has been a member of Sanatoga Fire Company since 2005 and Norristown Fire Department since 1983. “Having been a firefighter for more than 30 years, I would have to say the brotherhood and honor of serving the community are what I enjoy most,” said Oberholtzer. “So far I am very impressed with the openness and welcoming feel from everyone at Ringing Hill.”

Another volunteer impressed with Ringing Hill’s inviting atmosphere is firefighter Ethan Crovetti. He has been a member of Ringing Hill Fire Company since September 2020 and a member of Skippack Fire Company for just over three years. Crovetti says he has a fun time around the station and it’s one of the few places he looks forward to coming to. 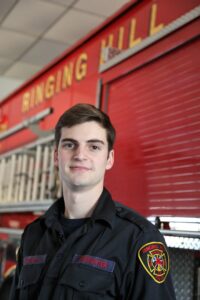 “My favorite thing about the fire service is the atmosphere that the people bring,” said Crovetti. “Just about everyone I’ve met so far has volunteered their time for the benefit of their community and it’s really nice to work with people that share the same passion for helping others.”

Ringing Hill Fire Company is always seeking more volunteers and encourages anyone who is interested to visit JoinRingingHill.org.